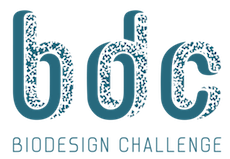 The Biodesign Challenge offers art and design students the opportunity to envision future applications of biotechnology in a competition that explores how we might harness biology to create new products in architecture, communications, energy, food, materials, medicine, transportation, water and manufacturing.  The project connects classrooms with a team of biologists and experts to guide the students as they develop their ideas.  At the end of the semester, winning teams are invited to New York City to showcase their designs in front of members of the academic, industrial and design communities at a Biodesign Summit held at the Museum of Modern Art. View website

The Inner Strength Foundation was established in 2015 to foster inner strength for outer stability in today’s youth.  The joy in our lives, the richness of our relationships, and the promise of our future rests on grounded, flexible, curious and forward-thinking individuals.  The aim of the Inner Strength Foundation is to support the youth of today through instilling mindfulness and the cultural development to be the great leaders of tomorrow. View website 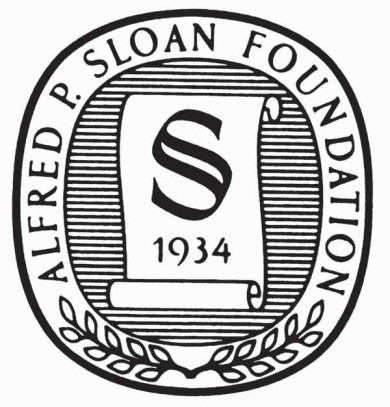 Managed by the Fund for the City of New York and funded by the Alfred P. Sloan Foundation, the Sloan Awards for Excellence in Teaching Science and Mathematics recognize exceptionally dedicated and creative teachers who have achieved outstanding results. The Awards also acknowledge the role each teacher has played in inspiring students of all backgrounds and abilities to pursue careers in science and mathematics.  The goal of the Awards is to recognize outstanding science and math teachers in New York City’s public high schools, and provide support in making their teaching materials and techniques widely available. View website

The Womens’ Forum of New York is New York’s premier organization of 450 women leaders comprised of the highest women achievers across all professional sectors from finance to fine arts.  By invitation only, The Women’s Forum is a community, where preeminent New York women leaders of diverse achievement make a difference for each other and take an active, leadership role in matters of importance to them. View website 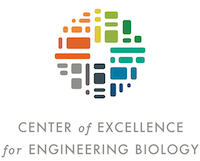 The Center of Excellence for Engineering Biology is a nonprofit organization that manages planning and coordination efforts for its flagship international scientific research project, GP-write.  It supports the formation and work of multi-institutional and interdisciplinary research teams working in a highly integrated fashion, responsive to and engaged with a broad public outreach.  The Center represents a visible, stable, accountable and long-term commitment to advancing the field of engineering biology in the public interest. View website

Nancy J Kelley + Associates, with support from Synberc and The Alfred P. Sloan Foundation, conducted a one-year sustainability initiative to develop a strategic action plan to extend the efforts begun by Synberc and advance the field of synthetic biology in the US.  The preliminary findings were shared with nearly 300 members of the synthetic biology community at Synberc’s Fall 2013 Symposium. This was followed by over 110 interviews with leaders in synthetic biology as well as numerous conferences and strategy sessions. Nationally, more than 100 researchers were involved in working groups to define a shared vision as well as the field’s key needs and priorities. An interim report was issued in February, 2014, an updated sustainability symposium was held in March, 2014. Final sustainability recommendations were issued in June, 2014. View website 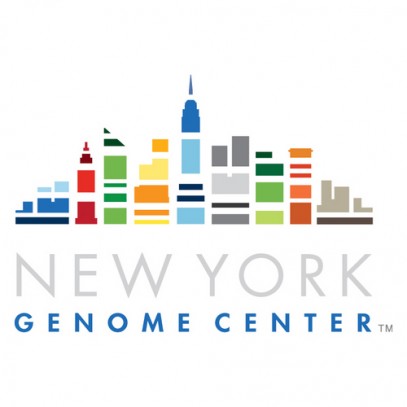 The New York Genome Center’s (NYGC) mission is to transform biomedical research and clinical care in New York and beyond by translating promising research into new ways to treat, prevent, or manage serious disease, leading to a new era of genomic medicine. NYGC will accomplish this through a unique collaboration with the world’s academic, clinical and industry leaders. This unique consortium will identify promising approaches to research and clinical care, accelerate the development of new diagnostics and treatments, and provide an engine for life science commercialization. Since its inception, NYGC has made a significant impact in the medical, academic, and economic landscape of New York by forging unparalleled collaborations, attracting scientific talent to New York, and generating new jobs in research, academia, informatics, healthcare, construction, and other sectors of the local and statewide economy. View website

Beth Israel Deaconess Medical Center (BIDMC) is one of the nation’s preeminent academic medical centers committed to excellence in clinical care, biomedical research and education. BIDMC is a major teaching hospital of Harvard Medical School, and is a fully integrated medical center providing adult services from cardiology to obstetrics, gastrointestinal disorders to cancer care. Each year U.S. News & World Report ranks BIDMC as a “Best Hospital” in multiple specialties. It was the first hospital in the country to achieve meaningful use of electronic medical records, meeting a key set of new federal government standards. BIDMC attracts leading clinicians in all medical fields, is home to a renowned academic research program, where scientific discoveries help to transform medical care. It ranks third in the country for National Institutes of Health funding among independent hospitals is a national and international leader in “bench-to-bedside” research. At any given time, more than 300 clinical trials are offered throughout the medical center for those difficult to treat cases, in areas such as cancer, neurology, cardiology and other medical specialties. BIDMCs 1,250 full-time physicians constitute almost a quarter of Harvard Medical School’s faculty and it has formed partnerships with outstanding community hospitals, specialty care centers and physician practice groups in eastern Massachusetts. View website

The Jackson Laboratory (TJL) is an independent, nonprofit organization focusing on mammalian genetics research to advance human health. Its mission is to discover precise genomic solutions for disease and empower the global biomedical community in the shared quest for the cures. TJL has more than 1,500 employees located in Bar Harbor, Maine, Sacramento, California, and Farmington, Connecticut, who conduct genetic research, provide scientific services and genetic resources to laboratories around the world, and educate students of all ages through courses, internships and other programs. Along with its research, TJL provides scientific resources, techniques, software and data to scientists, research institutions and laboratories around the world. View website

Director. The Bostonian Society. 2002 – 2007. The Bostonian Society is dedicated to studying and preserving Boston’s uniquely important history, embodied in materials, records, and structures such as the Old State House, and in sharing an understanding of the revolutionary ideas born here. Its assets include a museum, The Old State House in Boston, and the largest collection of artifacts and photographs of Boston’s history.

Member, Executive Committee. United Way’s Math, Science and Technology After-School Initiative. 2004 to 2006. The United Way’s Science and Technology After School Initiative was a collaboration between the private and public sectors to foster a lifelong interest in the sciences amongst youth in grades 4-12, through an out-of-school curriculum that includes experimentation, demonstrations and experiential learning, combined with museum visits, mentoring by industry professionals and career exploration into science-related industries.

On a pro bono basis, led politically diverse, 15-member Citizen Committee established by Board of Selectmen to assist the Town of Belmont, Partners HealthCare System and McLean Hospital develop land use alternatives for a 242 acre site owned by Partners and the Hospital located in Belmont, MA. Negotiated agreement resulting in benefits for the Town of Belmont totaling over $75 million, including the preservation of over 100 acres of permanently protected open space, affordable housing for seniors, historic preservation incentives, a new Town Cemetery and $2.5 million in annual new tax revenues. Agreement endorsed by major news editorial Boards and approved by 95% of Town committees, a unanimous vote of the Board of Selectmen, two-thirds vote of Town Meeting and a vote of two-thirds of the electorate in a townwide referendum. View website

City Year’s mission is to build democracy through citizen service, civic leadership and social entrepreneurship. Founded in 1988, by Michael Brown and Alan Khazei, colleagues of Nancy’s at Harvard Law School, City Year has been a leader in the growing national service movement, leading to the establishment of AmeriCorps, the passage of the Edward M. Kennedy Serve America Act, and the creation of Voices for National Service. Today, City Year is wholly focused on fighting the national dropout crisis. City Year is currently serving in 24 cities across the United States and in two international affiliate sites located in Johannesburg, South Africa and London, England. View website

Rapporteur, Moderator. British-American Conference for the Successor Generation. 1991 – 1992. British/American Leadership Conference co-sponsored by the Paul Nitze Institute at John Hopkins University and The Royal Institute of International Affairs (London). By invitation only.

Delegate, U.S. – USSR Emerging Leaders Summit. 6/15 – 7/1/1990. International Business and Trade Commission and Leadership Summit in the former Soviet Union. Travel to Moscow, Novgorod, Leningrad and Soichi. By invitation only. Attended by economic policy advisors in the White House and senior business leaders from throughout the United States.

Delegate. Japanese Business Understanding Program. October, 1989. Intensive study in Tokyo and Nagoya, Japan about Japanese business practices, the structure and operation of the Japanese market. By invitation only. Sponsored and paid for by the Government of Japan. Organized and conducted by the Institute for International Studies and Training, Japan with the cooperation of the Ministry of International Trade and Industry.